I'm a software engineer based in Edinburgh, Scotland. My interests include helping people program computers more effectively, open source, maths, and music. I help maintain the PureScript compiler and ecosystem, and I work for Lumi.

I recently read a book called Stasiland by Anna Funder. It’s a collection of stories from people who lived in communist East Germany, before the Berlin Wall came down, intermingled with the author’s own experiences whilst obtaining them. (Well worth a read.) A quotation from it seemed to be a good way to start this post:

After the Wall fell the German media called East Germany ‘the most perfected surveillance state of all time’. At the end, the Stasi had 97,000 employees—more than enough to oversee a country of seventeen million people. But it also had 173,000 informers among the population … if part-time informers are included, some estimates have the ratio as high as one informer for every 6.5 citizens … laid end to end, the files the Stasi had on its countrymen and women would form a line 180km long.

I’m beginning to fear that East Germany will not be able to hold on to that title for very much longer. Assuming it hasn’t lost it already, of course.

It’s Google Glass which has triggered this thought. 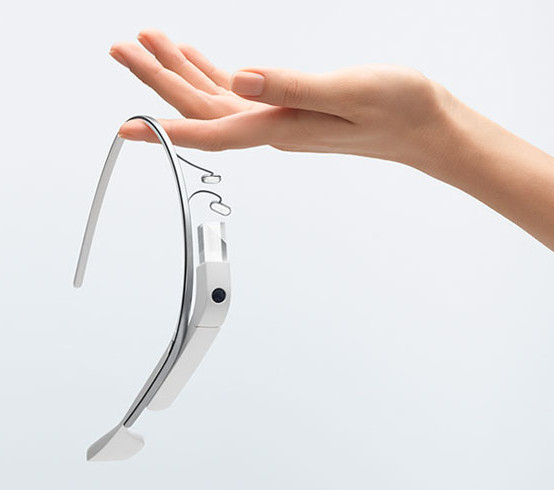 Let’s assume that Google is trying obtain as much information about us as it possibly can. Let’s also assume that they’re not afraid to abuse their position as hardware manufacturers (for example, by having their devices record video and upload it to their servers without being asked). Neither of these seem like totally unreasonable assumptions to me, given the Street View wifi scandal as well as the attitude of Google’s Executive Chairman, Eric Schmidt:

If you have something that you don’t want anyone to know, maybe you shouldn’t be doing it in the first place.

So what’s so noteworthy about the Glass? It’s certainly true that all the necessary hardware for 1984-level surveillance already pervades our society in the form of smartphones. The number of internet-connected devices with cameras, microphones, and GPSes floating around is certainly staggering.

The difference is that they’re attached to the user’s face.

Smartphones spend most of their time in the user’s pocket; clearly there’s no scope for videoing. Additionally the audio will probably be sufficiently muffled to ensure that it’s useless too. Neither of these is the case with Google Glass; in fact, the human tendency to look at interesting or important things means that we’d actively be helping Google in their quest to know everything. Every Glass user would be a free, highly trained, relevancy engine in the form of an unsuspecting human being.

This isn’t the first time Google has outsourced a computationally difficult task to unsuspecting users. Every image tagging in Google Plus makes their facial recognition algorithms slightly cleverer, and every command spoken to an Android phone trains their speech recognition (both for recognising arbitrary words, and for identifying people by their voices).

What’s really terrifying is the prospect of what could be done when all three of these things (that is, audio and video recordings from everywhere, face recognition, and text-to-speech) are put together. Mark Hurst explains it in his blog post better than I could:

Just think: if a million Google Glasses go out into the world and start storing audio and video of the world around them, the scope of Google search suddenly gets much, much bigger, and that search index will include you. Let me paint a picture. Ten years from now, someone, some company, or some organization, takes an interest in you, wants to know if you’ve ever said anything they consider offensive, or threatening, or just includes a mention of a certain word or phrase they find interesting. A single search query within Google’s cloud – whether initiated by a publicly available search, or a federal subpoena, or anything in between – will instantly bring up documentation of every word you’ve ever spoken within earshot of a Google Glass device.

It took the Stasi 30 years, and 97,000 employees, to create their 180km long line of files. Once the Glass enters the shops, I wonder what the equivalent statistic would be for Google?